On the title of “Kanazawa-East, West, Shyu and North”

“Kanazawa-East, West, Shyu and North” is the work that has been defeated by applying for the 5th Izumi Kyouka Commemorative, Kanazawa Drama Grand Prize. It is a drama that I wrote with confidence as the author. In such competitions, judging criteria and methods are unclear, and there is nothing of convincing in the winning work at all. What I published it by our company is its revenge. Aside from that, if you are interested in the play, please check the story on this page. I write here about the origin of the title .

The stage of play is a Chaya district of Kanazawa City. Hanamachi (fleshpot), Kuruwa, or Chaya district are different words which mean the district where guests are entertained by geisha who perform song and dance. 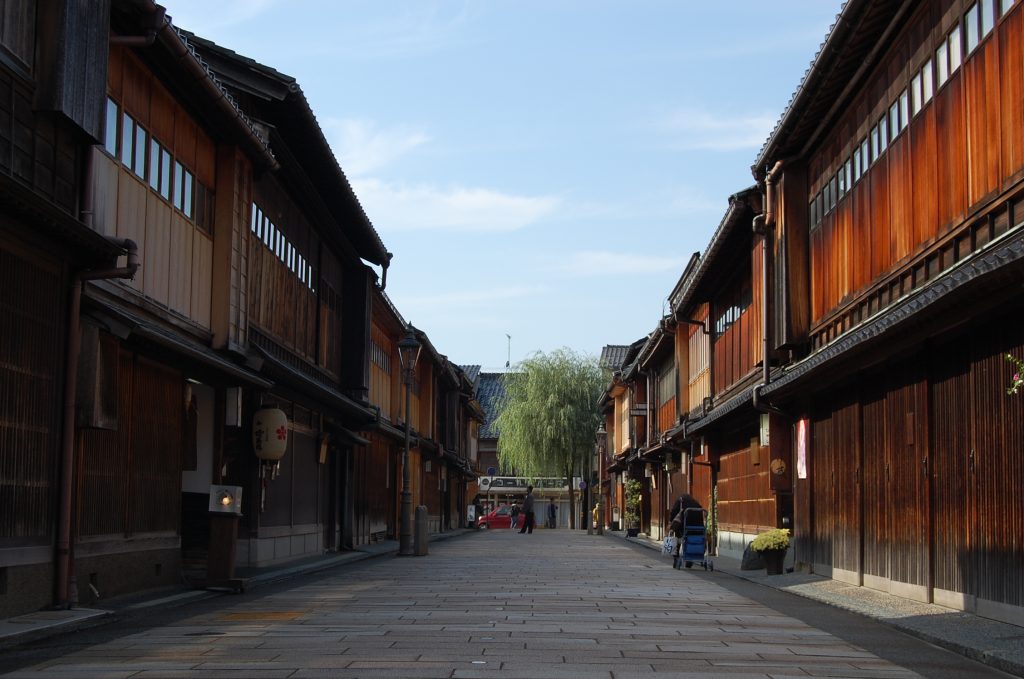 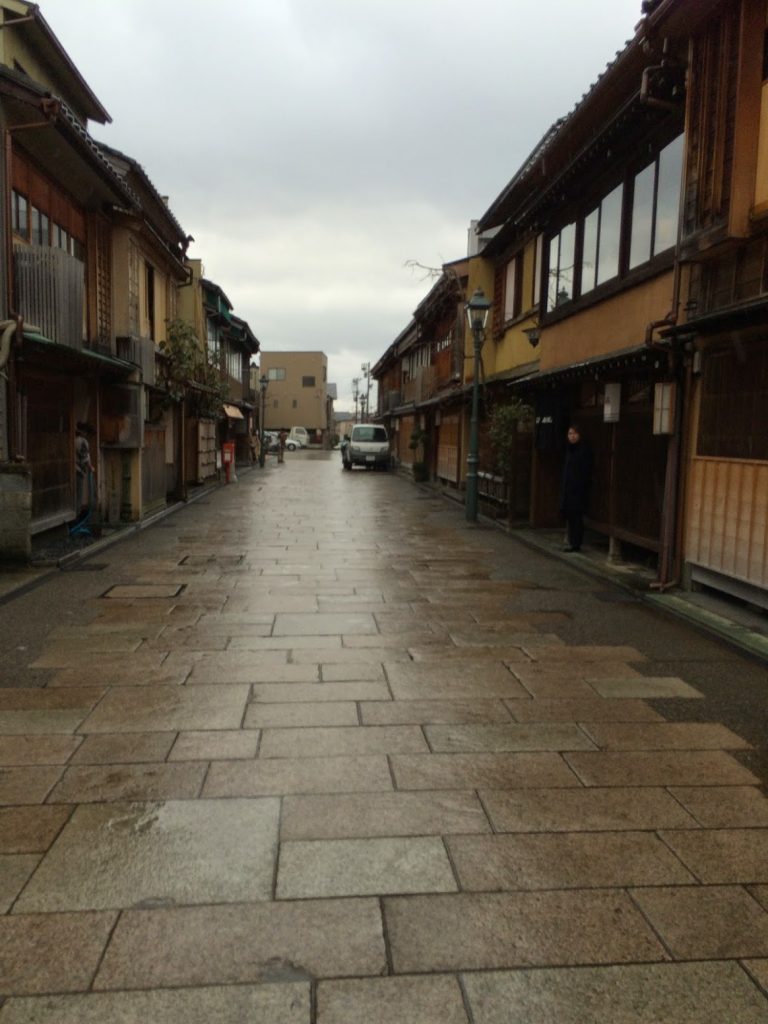 The directions of this east / west are, of course, centered near Kanazawa castle, the south side where the samurai residences were gathering, was excluded. In addition, although it is said that “北” the northern chaya district had been in a relatively short period, it eventually was absorbed in East-hanamach and Kazuemachi was born as the third Chaya district, then Kanazawa has now three, well preserved chaya districts, Higashi Chayagai (Eastern Chaya District), Nishi Chayagai (Western Chaya District) and Kazuemachi. ”Shu” is the Chinese reading of a character of the first character ”主” of  主計町(Kazue Machi＝native Japanese reading). Therefore, the title of the book was taken from the four old chaya districts.  So, today, the three tea houses (Chaya) of East-hanamachi (Higashi-Chaya), West-hanamahi (Nishi-Chaya) and the Kazuemadhi remained. 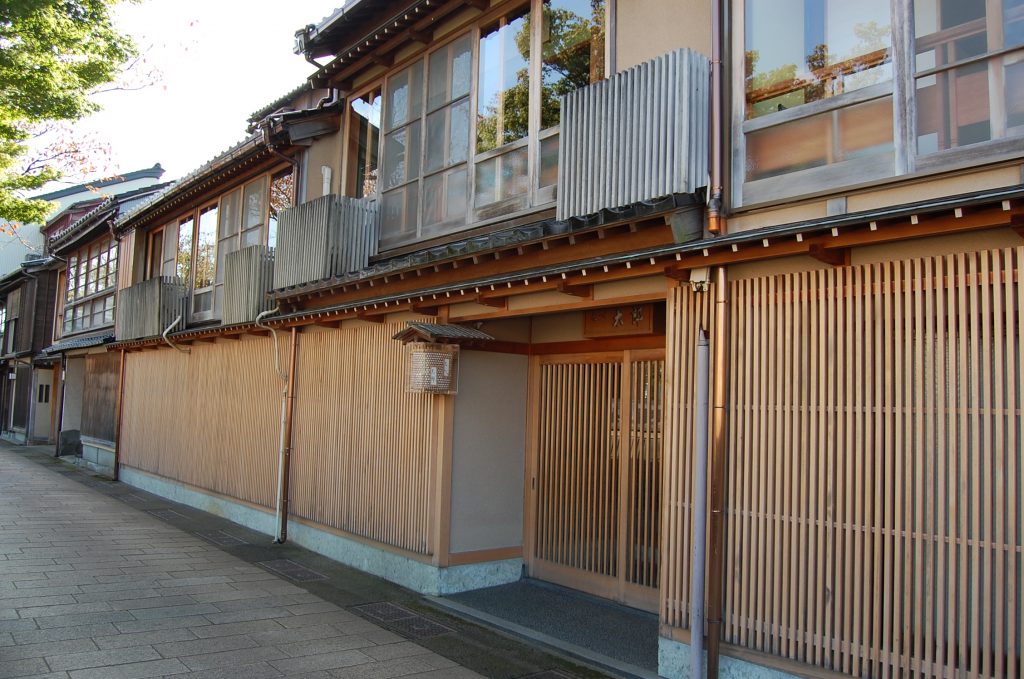 Actually, I (the author) received a life in Kanazawa, and my grandmother was running a geisha house in Nishi Chaya. Although she closed her business before the world war II, it is not curious that there might be a chance to meet the writer Seijiro Shimada who lived in a chaya in Nishi chayagai with her mother. My grandmother married a elder brother of the former proprietress two generations back of a hot-pot dishes called “Taro” (the photo above is its main entrance ) prospering even now, and were teaching the shamisen and Kouta（a Japanese ballad accompanied on the samisen）. In that sense my grandmother has always been a person in the flower 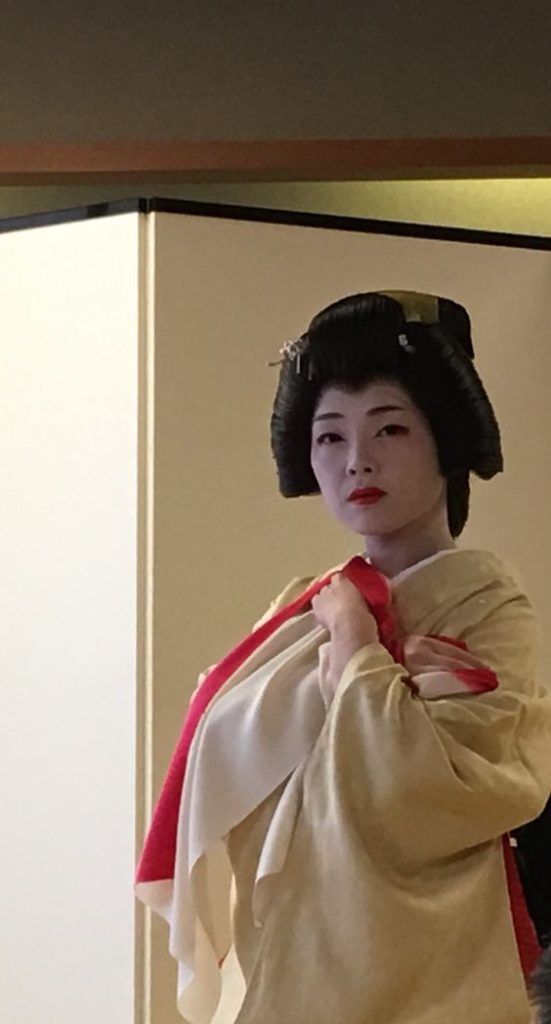 "The time retrieved"- About Nancy, a sister city of Kanazawa
Next
About a conflict of WPML and Contact Form 7
Prev

Seijiro Shimada is a character in our pu ...

WPML Like other pages, I made the page c ...

“The time retrieved”- About Nancy, a sister city of Kanazawa

"The time retrieved" is the work that Ta ...